All models of the Perfection series stand for the highest possible folding performance and maximum output. MBO folding machines and features are orientated on the users, both regarding practical requirements and the variety of the paper medium. Convenience plays a major role. The simpler the processes and workflows, the more efficient becomes production. With its high performance and excellent quality, the T 960 Perfection provides the ideal preconditions for the highest productivity. A broad range of folding types and individual automation options up to full automation guarantee that the Perfection series lives up to its name.

A special conveyor table that can be used on folding unit I opens up new production options for you with a single additional investment.

In addition to the increased output, there is another effect that plays a significant role. Overrunning images are no longer controlled via multiple crossfolds. Instead, the quality is set in the first folding unit itself via the first fold.

A high net output can be achieved thanks to the waste sheet deflector integrated into the conveyor table. Incorrectly folded sheets and double sheets are detected by the ultrasonic double sheet control here and ejected during production before the alternating deflector.

Further possibilities of the transfer table

For standard production with only one sidelay in folding unit II the alternating deflector is easily deactivated with a switch.

Your benefits at a glance 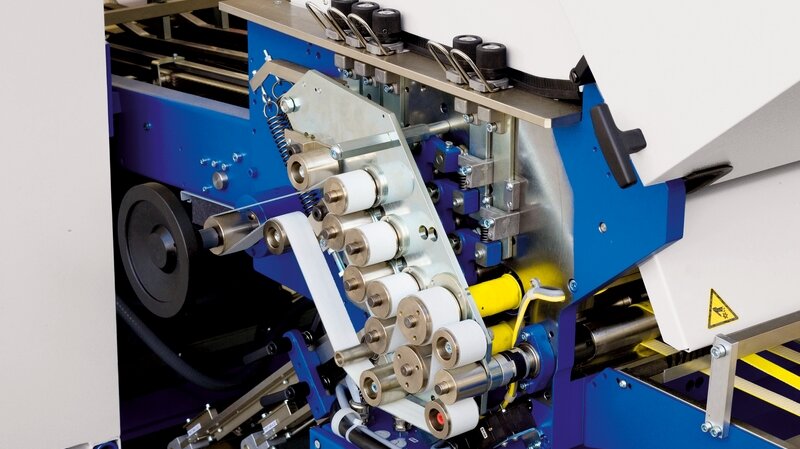 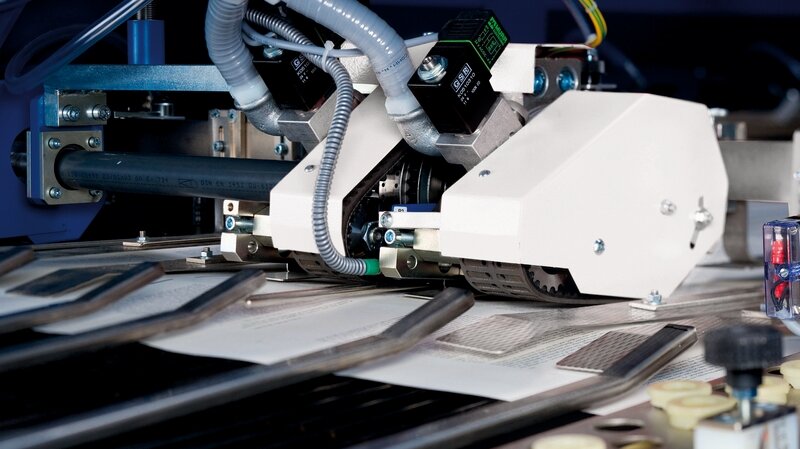 We are using cookies to give you the best experience on our site. By closing this message or by continuing to use our website, you are agreeing to our use of cookies.